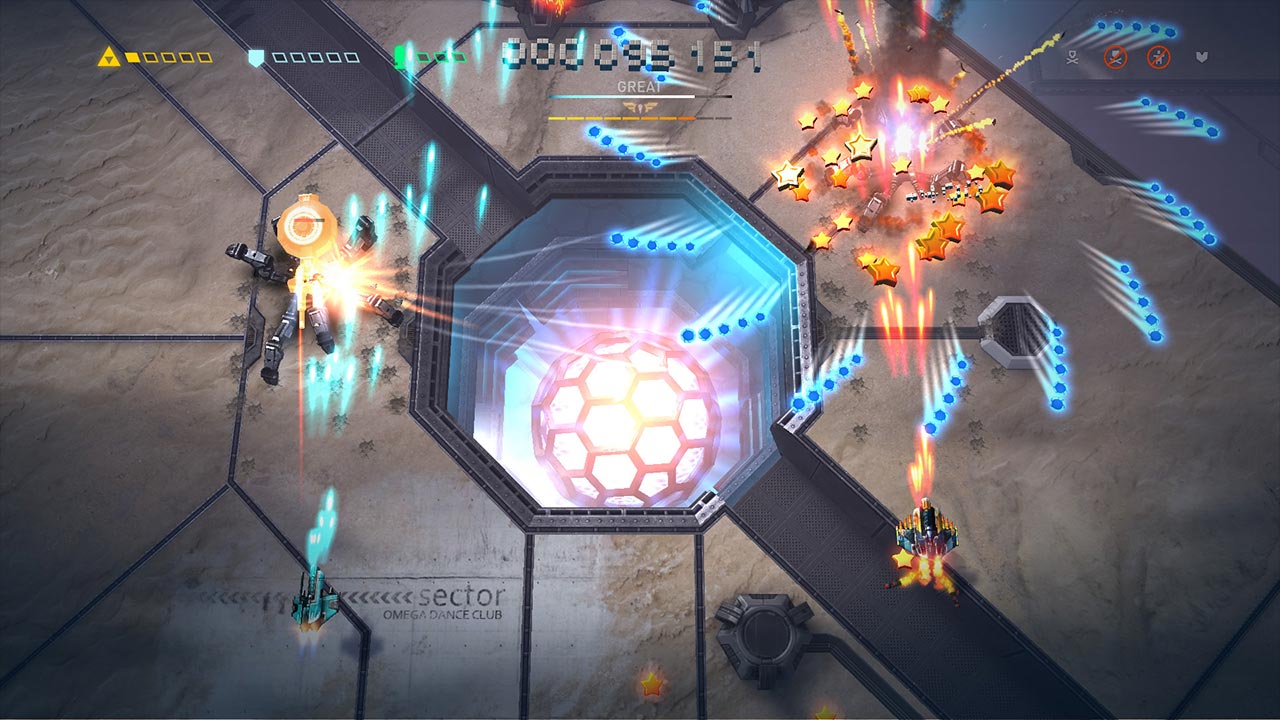 Subtitle: John and Ben put their shoot 'em up skills to the test in Sky Force Reloaded, but does Sky Force take off in co-op mode or was there turbulence when flying together?
Keywords: Skyforce Reloaded, Local Co-op, Game Reviews, Co-op Gaming, Multiplayer Gaming
Published: May 20, 2018
Duration: 31:35

John and Ben hop into their planes and take to the sky to rain down fire and destruction on all in their path in Sky Force Reloaded. Skyforce Reloaded (2016) is a remake of the 2006 vertical scrolling shooter which was originally released on Symbian, Pocket PC and Palm WebOS - bonus points if you remember any of those!

Sky Force Reloaded has been recreated from the ground up in glorious 3D with flashy explosions and a gorgeous, coherant and vibrant art-style. After recently meeting up in the UK in real life, we had a chance to play this local-only archade shoot ‘em up on the Nintendo Switch. Find out what we thought in our latest episode.

Sky Force Reloaded is developed by Infinite Dreams in Poland and is available on Xbox One, PS4, Nintendo Switch and Steam for anywhere between £7-12. You can also download a free-to-play version for iOS and Android. While the mobile version only supports single-player gameplay, it’s a good way to get a feeling for the game before diving in on another platform.